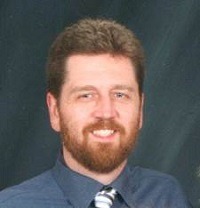 Winston Sieck, PhD, is a cognitive psychologist working to advance the development of thinking skills.

He serves as president and principal scientist of Global Cognition, a cognitive research and instructional development organization.

He identifies cognitive skills and strategies that yield high performance in a variety of contexts, devises methods to assess them, and develops and tests instructional programs to impart the strategies.

A central issue in this work is determining ways to teach general cognitive skills in a manner so that learners apply them in new and complex settings.

Dr. Sieck has published extensively on these issues in a variety of scientific outlets, and has served as principal investigator on projects funded by several government agencies to study these and related issues.

He has been invited to present in a variety of venues, including academic and professional development conferences, universities, U. S. government agencies and NATO.

Winston received a Ph.D. in cognitive psychology from the University of Michigan in 2000, and M.A. in statistics from the same university in 1995. There, he conducted experimental research to understand the interrelated effects of expository writing, critical thinking, and memory retrieval processes on metacognition and decision making.

Dr. Winston Sieck continued as a research fellow and statistics instructor at the University of Michigan (2000-2001), and then served as a post-doctoral scholar in quantitative psychology at Ohio State University (2001-2003). He was recruited into the Skilled Performance and Expertise group at Klein Associates in 2003, where he conducted expertise studies and developed competency models that supported instructional design and development in several professional domains. Dr. Sieck co-founded Global Cognition in 2011.